We are very happy to announce that Moomins on the Riviera has been selected to the 58th BFI London Film Festival! 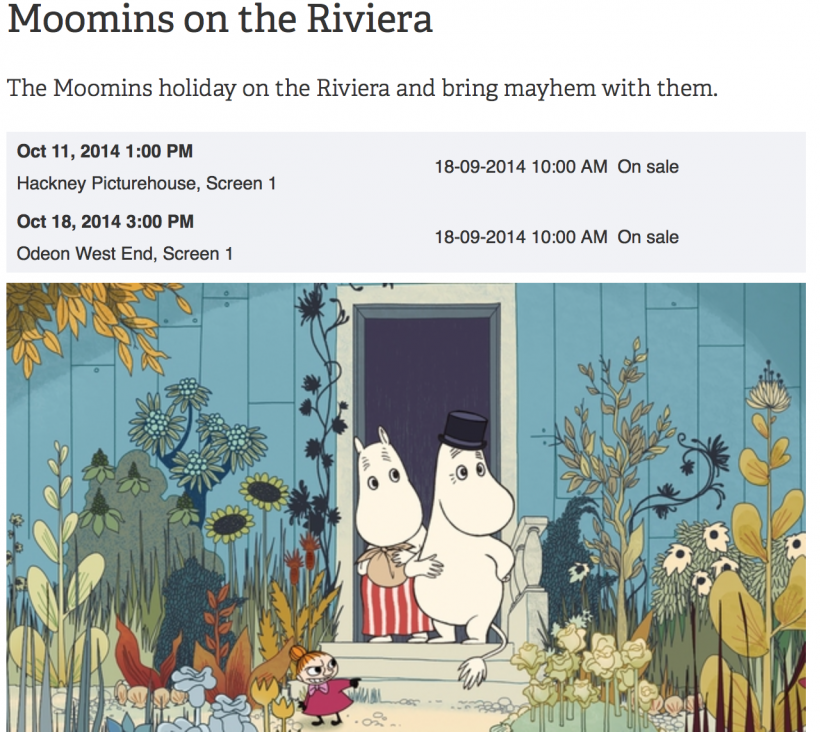 ”Suitable for all ages

A sinking pirate ship circled by sharks and the arrival of Mymble and her sister Little My, after escaping their captors, momentarily disrupts the tranquil world of Moominvalley. Before long, the Moomin family decide that a trip to the Riviera is called for, in order to experience high society at first hand and recover from their high-sea shenanigans. A name change to ‘De Moomin’ secures them access to the best hotel in town, where Snorkmaiden finds herself instantly enchanted by the power of celebrity and Moominpappa is seduced by the lure of wealth and title. However, the rest of the family seem less impressed by this superficial world. Tove Jansson’s much-loved characters have never looked better than they do in this glorious, hand-drawn animated tale that will appeal to even the youngest of audiences and is released in time to celebrate the 100th anniversary of Jansson’s birth.